Some conditions can cause a simple natural occurrence like urination to become problematic.

Frequent urination during the day or at night, the urgent need to urinate, difficulty starting urination, dribbling at the end of urination, inability to completely empty the bladder, and a weak urine stream or a stream that stops intermittently are symptoms of a condition known as Benign Prostatic Hyperplasia (BPH).

If you experience any of the above symptoms, you should see a doctor immediately. One of the medications used to manage this condition is Flomax. This article discusses Flomax; its use, side effects and what happens when it is discontinued.

Flomax– Dosage And How It Works 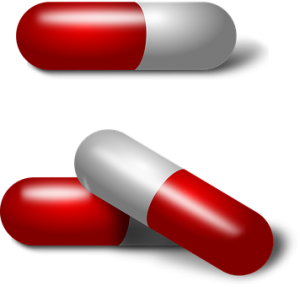 Flomax is a brand name for the generic alpha-blocker Tamsulosin. It is an oral capsule that can be used alone or in conjunction with a drug from another class of drugs used in BPH management. It is administered at a dose of 0.4mg or 0.8mg once daily.

Like other alpha receptor blockers, Flomax acts by blocking the alpha-1 receptors found on the muscles of the prostate gland, urethra, and bladder neck. By doing this, it causes the muscles around these areas to relax, thus preventing them from enlargement, and improving the flow of urine.

Side Effects Of Stopping Flomax

Discontinuation of Flomax may result in some unwanted effects. However, weaning off Flomax by the gradual reduction in dose can reduce the intensity or even likelihood of occurrence of these effects.

Discontinuation of Flomax may result in the return of BPH symptoms, such as urinary urgency, incomplete bladder emptying, and a weak urine stream. If these symptoms persist, they may predispose to chronic renal failure, recurrent urinary tract infections, and even bladder stones.

In some cases, it might be advisable to change medications or switch to an alternative therapy like the minimally invasive surgery or radiation rather than outright discontinuation of Flomax.

A change in dose or discontinuation of Flomax can cause changes in blood pressure, which can lead to dizziness or even fainting in some cases. It is very important to closely monitor your blood pressure anytime the dose of the drug is changed.

It is a good idea to stay away from heavy machines and high-risk tasks such as driving until you are sure it is safe to do so.

In many cases, the effects of Flomax discontinuation lasted for weeks after which people reported no effects and normal urination. If you experience these effects for longer than 4 weeks, please inform your doctor.

Why Do People Stop Using Flomax? 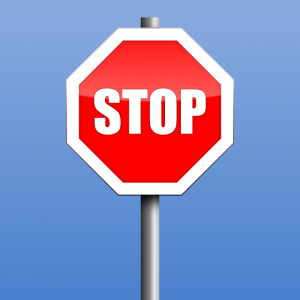 In many cases, people discontinue the use of Flomax for reasons such as listed below.

1. When Preparing For Cataract Surgery

As mentioned above, Flomax use has been associated with Intraoperative floppy iris syndrome, which has potentially fatal consequences during cataract surgery and is a serious concern for ophthalmologists (doctors who specialize in eye and vision care). The ophthalmologist may advise that Flomax is discontinued for some time before the surgery, to avoid this complication.

Some people choose to discontinue Flomax when they have had effective relief from the BPH symptoms. A study suggests that continual use of Flomax may not be necessary for urinary symptom relief in patients who feel symptom improvement after initial treatment with Flomax. It is strongly advised that you consult your doctor before discontinuing the use of Flomax. 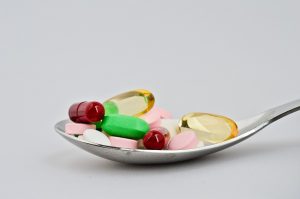 People sometimes discontinue the use of Flomax because of its interaction with other medications they are using. Flomax is known to interact with the following drugs:

Always check with your doctor or pharmacist before taking any medication while you are taking Flomax.

4. Inability To Tolerate Side Effects

Some people are just unable to tolerate the side effects of Flomax, regardless of the fact that they have benefited from effective relief of their BPH symptoms, hence they discontinue its use.

Whatever your reason, if you choose to discontinue the use of Flomax, it is advisable not to stop abruptly. Discuss your intention with your doctor who would work with you to gradually decrease the dose over a period of time in order to avoid the return of BPH symptoms or heart and blood pressure complications.

General Side Effects Of Flomax

Usually, upon commencement of the medication or during the course of therapy, you may experience some of these side effects;

These side effects may persist during the course of therapy, or if your dosage is changed abruptly. To alleviate these side effects, it is advised that the dose of the medication be increased or decreased slowly under the supervision of your doctor.

Unless your doctor says otherwise, you should not take Flomax if you have a very serious kidney problem, have liver disease or coronary artery disease, if you usually feel lightheaded when you stand up, or if you are prone to priapism.

Flomax is a commonly used drug due to its effectiveness in relieving BPH symptoms. If during use, you need to discontinue the medication for any reason, ensure it is done under the supervision of your doctor so as to reduce your risk of developing the above side effects after stopping.

Is Gabapentin Addictive?
Zoloft and Alcohol: Interactions, Dangers and Effects
Lisinopril and Cough: What You Should Know
Advertisements