The normal stool color is brown. However, many things can cause a change in this color and sometimes it turns green. In this article, we will be looking at the causes of green poop and what to do next.

1. Consumption of Some Green Foods

Most times, it means that you are eating green-colored foods like vegetables. It is usually nothing to worry about, and your poop should return to normal once you change your diet. This is the most common reason why people pass green poop. It may simply result from consuming meals including vegetables like:

The reason why these foods may cause this change is that they contain chlorophyll, the pigment that gives plants their green color. These foods are more likely to cause a change in poop color when taken in large quantities like in juices and smoothies.

Some foods that contain food coloring may lead to the passing of green-colored poop. This is popular during holidays like St. Patrick’s days and Christmas.

In 2015, the term ‘GreenPoop’ became a popular hashtag when many Americans who tried Burger King’s “Halloween Whopper” passed green stools. Many people even shared photos of their toilet experiences on social media.

The “Whopper” got its color from a food dye that was baked into its bun.

Diarrhea is when you pass more than three stools in a day.

When food rushes through the digestive system too quickly, like in diarrhea, there isn’t enough time for enzymes and bacteria to act on bile- the green pigment that turns brown during digestion. This leads to greenish diarrhea. Sometimes diarrhea can be associated with the presence of mucus in stools.

The use of antibiotics can kill the normal ‘good bacteria’ found in the intestines. These bacteria help the digestive system and are partly responsible for the brown color of poop.

Along with digestive enzymes, these bacteria act on bile, changing its color. But when they are destroyed, poop color could be green.

Some drugs can cause this condition as a side effect.

Examples of some of these medications are:

Consumption of large quantities of coffee and alcohol can cause a laxative effect, making food rush through the intestines and decreasing the time it takes for the bile to be digested.

This happens in newborn babies. Meconium is actually the first poop that a baby passes. It is normally dark-green, sticky and surprisingly does not smell.

Another uniqueness of meconium is that it is sterile, it contains no bacteria. It is primarily made up of materials the baby ingested when in the womb, like dead skin cells, hair, mucus, amniotic fluid, and water.

So, if in the first days of a baby’s life, you notice dark-green stools, don’t be very worried, it is most likely meconium. It clears off after a few days and the stool color should change to brown or yellow.

It is not uncommon for pregnant women to have this symptom. Most of the time, it is nothing to worry about. Some of the vitamins and supplements that constitute the routine antenatal medications, can cause green poop.

Also, in the third trimester, towards the end of pregnancy, food may pass through the intestines at a faster-than-normal rate, causing this condition.

This is related to diarrhea. Medical conditions that affect the normal function of the intestines can cause green diarrhea.

Some conditions may be related to micro-organisms and parasites, while others may be inflammatory changes or intolerance to substances like lactose and gluten. When infections cause it, they can also lead to the presence of blood in stool.

Here are some intestinal conditions that can lead to this condition:

When To See Your Doctor

As we had earlier established, most cases are caused by diet.  Green foods and dyes are largely responsible for turning the color of poop from brown to green.

Therefore, most times, it is not something to worry about. If it is caused by diet, the stool color should return to normal within a few days.

It is often not an emergency unlike black or red stools. Black poop (also medically known as melena) and red stools usually signify bleeding in the digestive system and should be checked.

However, if you keep passing it for several days, have persistent diarrhea, or have other symptoms like abdominal pain, nausea or vomiting, you should consult your doctor.

Green poop is not usually a medical emergency and is mostly caused by foods taken in. However, it can be a sign of other ongoing conditions that may be dangerous.

It is important to look out for other symptoms and remember that checking out your poop from time to time can be very helpful.

Henry Herrera, MD
Dr. Henry R. Herrera is a gastroenterologist in Edinburg, Texas. He received his medical degree from the University of Texas Southwestern Medical School and works at DHR Health. He is trained in advanced endoscopy, including endoscopic ultrasound and ERCP. He also performs upper endoscopies and colonoscopies on a daily basis.

How To Make Yourself Fart And Get Rid Of Excess Gas
Fat In Stool: Causes, Diagnosis and Treatment
Mucus in Stool: Possible Causes and Treatment 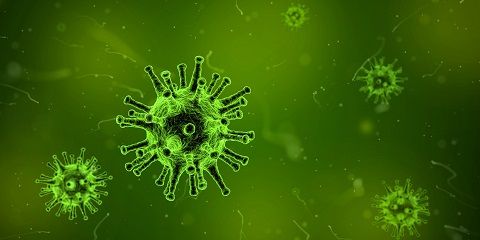