Adderall is a prescription-only drug that has the ability to stimulate the central nervous system. It is used majorly in the management of two conditions – Attention-Deficit/Hyperactivity Disorder (ADHD) and Narcolepsy.

It is a combination of Dextroamphetamine and levoamphetamine. It belongs to the phenylethylamine class of drugs.

If you take Adderall, the therapeutic effects of the drug would begin about 45 to 60 minutes after and its peak effects should be felt two to three hours after taking it. The effects of a single dose of Adderall can last between four to six hours.

The time is longer if you take the extended-release formulation of the drug instead.

The extended-release formulation dissolves more slowly at consistent timed intervals. Its therapeutic effects are observed within 30 to 60 minutes of ingestion and can last in the body for up to 12 hours.

Peak effects for the extended-release formulation are observed at about 4 to 7 hours after oral use.

How long Adderall lasts in your system is dependent primarily on its half-life, but is influenced by a number of factors.

In about three days, Adderall would be completely cleared off your system.

How long Adderall can be detected in the body also depends on the body fluid where it is being measured;

Some people are able to eliminate drugs from their bodies faster than other individuals. This is due to the presence of an enzyme called the CYP2D6 in the body.

2. The Amount of Adderall Ingested

Vital organs play essential roles in the breakdown of a drug, the availability of the drug for use in the body, and ultimately, the excretion of the drug. The kidney and the liver are two of the most important organs in the metabolism of Adderall.

Adderall is largely metabolized by the liver which results in a variety of excreted metabolic products. Hence, when the liver is damaged or not functioning as it should, the metabolism of Adderall is hindered.

This may lead to the accumulation of the drug to a toxic level in the body and even its recirculation in the body. This is very dangerous and can potentially lead to complications. Adderall has also been reported to cause acute liver damage in some patients.

Adderall is well absorbed in the gastrointestinal tract, that is, the stomach and the intestines. The dextroamphetamine component is reported to have over 75% bioavailability. However, the absorption and how long the drug stays in the body is dependent on the pH level of the individual’s gastrointestinal tract.

The ‘pH’ describes how acidic or how alkaline a substance is. With an alkaline pH level, the drug absorption via the lipid cell membranes of the human gut is enhanced. But with an acidic pH level, the drug is changed to its water-soluble form and it is less absorbed. The level of pH in the gut can be affected by a number of factors including what you eat and drink.

In the kidney, an alkaline or higher pH level causes the kidney to take longer to process the drug and, hence, elongates its exit time from the body. However, with a lower or acidic PH, the drug remains in its hydrophilic (water-loving) state and it is more likely to be excreted faster.

Your body composition can affect how you clear Adderall from your system. That is, body fat, height, weight, and muscle mass play an essential role in the metabolism of this drug.

Your physical health also greatly affects how long Adderall stays in your body. It is eliminated more quickly from the body of a healthy individual than a person in poor health.

Your mood can also largely influence the availability of Adderall in the body. For people who struggle with mood disorders such as anxiety, depression, and bipolar disorders, the rate of absorption of the drug in their bodies is considerably slower than that of an individual in a good mental health state.

7. Food and Hydration Rate in the Body

Availability or non-availability of food in your system does not necessarily affect the mechanism of action of Adderall, it can, however, affect how quickly your body is able to get rid of the drug.

When there is food in the body, the body does the dual work of metabolizing the drug and breaking down the food. This invariably elongates the time for the completion of both tasks.

Also, the level of hydration plays a role in the elimination rate of the drug. The more water you drink, the quicker Adderall is eliminated from your body.

Adderall takes longer to clear from the system of people who use it on a regular basis as compared with people who only take it occasionally.

When used frequently, it accumulates in the body and takes longer to be metabolized and excreted. As a result, it may take longer for people who are addicted to Adderall to get rid of the accumulated drug.

Raliat Ola-Dauda, PharmD
Dr. Raliat Ola-Dauda is a pharmacist in Laurel, Maryland. She received her doctor of pharmacy degree from the University of Maryland Eastern Shore.She currently practices as a Community Pharmacist where she also conducts diabetes education, blood pressure screenings and administration of immunizations.

Can You Drink Alcohol While Taking Augmentin?
Cymbalta Withdrawal Symptoms and How to Ease Them
Why Does Metformin Cause Diarrhea? 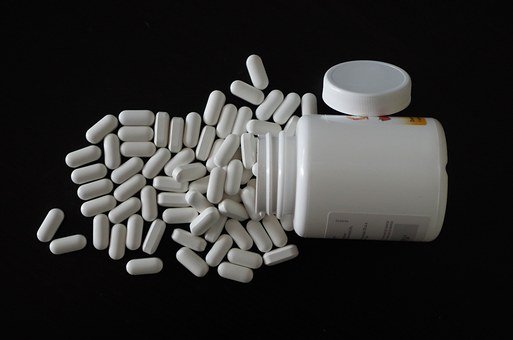