Lexapro is a brand of the medication Escitalopram (pronounced Es-Sye-TAL-Oh-Pram). It is an antidepressant that belongs to a class of medication known as Selective Serotonin Reuptake Inhibitors (SSRIs).

One of the downsides of treatment with antidepressants is having to deal with the symptoms that come from quitting the medication. All antidepressants come with unwanted effects some of which show up when patients stop using them. These effects are known as withdrawal symptoms.

The withdrawal symptoms of Lexapro and the severity of the symptoms vary from one individual to another. These symptoms are also largely dependent on the dose and the length of time the medication has been used.

Common withdrawal symptoms of Lexapro include:

These symptoms are usually more severe in patients who quit Lexapro abruptly. Quitting a medication abruptly popularly is known as quitting ‘cold turkey’ and it is rather inadvisable as it bears a higher chance of experiencing severe withdrawal symptoms.

How long a drug lasts in the body before being completely eliminated is dependent on a property of the drug, known as its ‘half-life’. The half-life is the time it takes for half of the drug concentration in the body to be eliminated.

The longer the half-life of a drug, the longer it would stay in the body and the longer you would feel its withdrawal symptoms. Depending on the dose and the duration of use, it takes about 3 weeks on the average, for the effect of Lexapro to fade off in the bloodstream.

In the first three days of quitting Lexapro, the symptoms experienced are usually mild. They become more intense in the next few days. In two to three weeks, the symptoms move from being mild to being intense and then gradually begin to fade off.

Sometimes, these symptoms may persist for more than three weeks, depending on the dose and duration of use of the drug.

The withdrawal symptoms associated with Lexapro can be well managed, with the right information and adequate support. It is always important to discuss with your doctor about any symptoms you’re having.

This can be done by slowly tapering off Lexapro, by gradually reducing the dose and/or frequency of use, while providing symptomatic relief.

When this process is done, the body gradually becomes accustomed to a decreased amount of Lexapro in the blood. This is continued until the body is able to adapt to the lowest dose possible, after which the drug is stopped.

Usually, the withdrawal symptoms after undergoing this process are minimal.

Therapy can be based on treating the symptoms that present as the medication wears off from the body.

For example, withdrawal symptoms such as nausea, vertigo, dizziness can be managed by using an antihistamine.

Aches and chills can be treated with mild pain relief medication like paracetamol.

Insomnia and restlessness can be managed by using a sedative.

These medications help to make the withdrawal symptoms more bearable. You should discuss with your doctor before commencing or discontinuing any medication.

Exercise increases the release of neurotransmitters in the body like serotonin- an important mood elevator.

You should exercise for at least 30 minutes, three days a week. Exercising in a group also helps to boost your mood by increasing social interactions.

Raliat Ola-Dauda, PharmD
Dr. Raliat Ola-Dauda is a pharmacist in Laurel, Maryland. She received her doctor of pharmacy degree from the University of Maryland Eastern Shore.She currently practices as a Community Pharmacist where she also conducts diabetes education, blood pressure screenings and administration of immunizations.

How Long Does Adderall Stay in Your System?
Cymbalta Withdrawal Symptoms and How to Ease Them
Is Gabapentin Addictive? 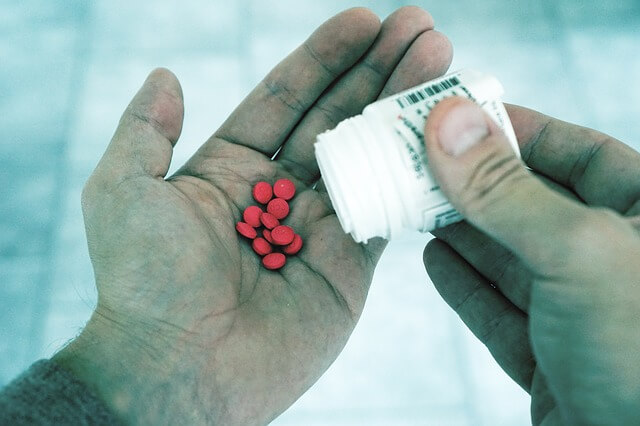